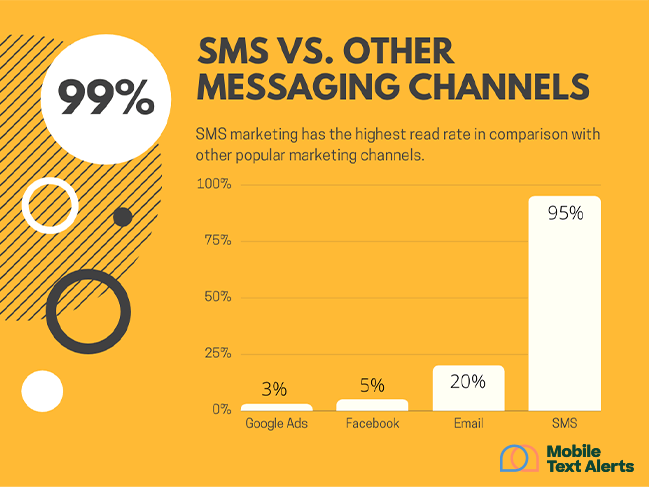 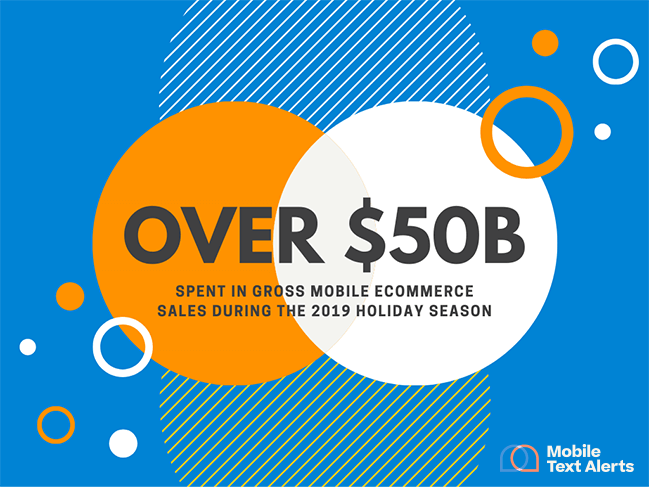 According to the latest data, the average person encounters somewhere between 6,000 and 10,000 ads a day.

This is up from a 2007 study estimating that we saw 5000 ads daily and a 1970s study that estimated, back then, that we saw between 500 and 1600 ads daily—so we are quite possibly looking at a tenfold increase in daily ad views over the past 50 years: 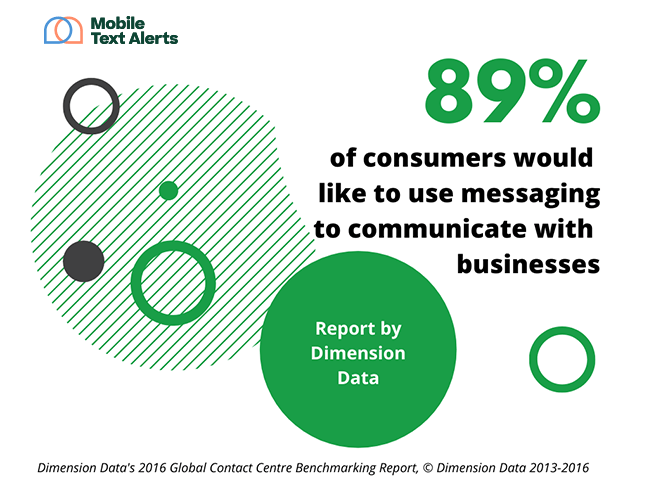 Here’s a question for you: How many of the 10,000 ads you saw yesterday do you remember? If you’re still commuting, perhaps you remember a funny billboard seen along the highway or on the train to work. Or maybe there’s an ad on YouTube you still remember. But you probably don’t remember more than ten of the ads you saw yesterday. You may not even remember more than five. This is why SMS marketing has emerged in recent years as a growing channel for many businesses.

When consumers have become so blind to advertisements, the single hardest thing for most marketers and advertisers is to successfully reach their target audience.

Because of the growth of mobile technology as well as shifting consumer preferences and habits, mobile marketing and SMS in particular has become the best way to cut through the clutter and actually reach your prospects and customers.

The Future of SMS-Based Strategies

In this report, we are going to lay out the reasons that we are bullish about the future of SMS-based marketing strategies. We will begin by looking at the centrality of mobile phones in today’s economy, then review some of the data on consumer preferences and purchasing habits, before considering how the COVID-19 pandemic has affected these trends before concluding with a brief summary of the opportunity we see for businesses that adopt SMS as part of their marketing and messaging strategy.

The Rise of Mobile Technology 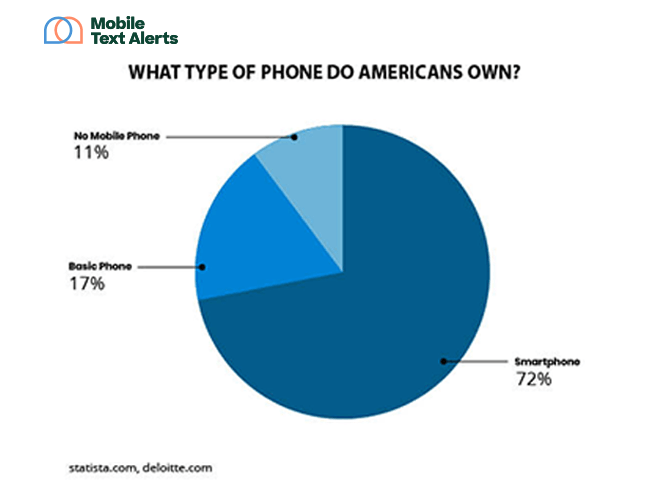 This trend toward mobile is reflected in other data as well. Mobile traffic now accounts for 52% of all internet traffic, meaning more people use phones to access the internet than use desktop or laptop computers. Indeed, for the past several years the data suggests that mobile is the primary way most people prefer to access the internet. In 2021, it is essential to recognize that we live in a mobile-first world.

Mobile traffic now accounts for 52% of all internet traffic. In 2021, it is essential to recognize that we live in a mobile-first world.

American firms are already responding to these trends. Job listings for mobile web developers grew 5% between 2018 and 2019 and one firm anticipates a 30% growth in jobs just for mobile app developers by 2030. Moreover, Google, one of the nation’s largest and most influential tech companies, shifted their search engines to a mobile-first ranking method in 2018. This means that Google Search now views a website’s mobile version as the ‘primary’ version of the website and the desktop version as the secondary version.

Your Audience is on Mobile Devices

If successful marketing relies on knowing where to find your audience, then all the data is saying the same thing: Your audience is on mobile devices, mostly smartphones, with nearly 1 in 5 Americans still on basic phones. So your marketing needs to be built around a focus on mobile and the kind of mobile focus that can include both basic and smartphone users.

It’s not just that your audience is more active on mobile devices, though. It is also true that your audience would actually prefer you to reach them on mobile. 89% of American consumers say that they actually want to hear from their favorite brands and companies through mobile messaging. 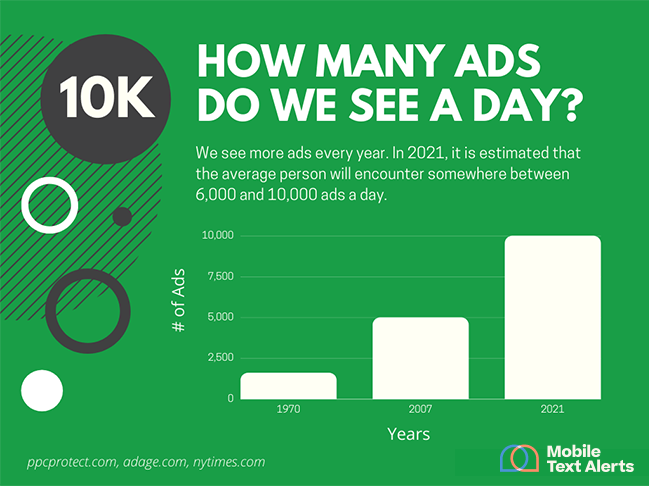 Similarly, 75% report that they want to specifically receive text messages with special offers from businesses they frequent, and 77% of consumers are likely to have a positive perception of a company that uses SMS as part of their messaging. None of this should be surprising. We have already seen that the vast majority of consumers own mobile devices, and that mobile devices are the primary way people access the internet. Given how central the internet has become to daily life, it’s no surprise that the shift to a mobile-first internet would cause notable changes in consumer preferences.

Is Your Marketing Strategy Up to Date?

Businesses that aren’t thinking about mobile as part of their marketing, sales, and customer support messaging strategies are simply operating in a world that no longer exists. Your consumers are mobile-first. Therefore, your company’s messaging approach should also be mobile-first.

Fortunately, we do not need to rely exclusively on reported consumer preferences to demonstrate the business value of mobile. There is also ample evidence from the way people make actual purchases that mobile is a vital growth channel for businesses.

In 2019, 84% of holiday ecommerce growth came from mobile sales. In gross sales, mobile ecommerce sales accounted for over $50b in consumer spending during the 2019 holiday season.

Most of the above was clear prior to the COVID-19 pandemic. Consumers are active on mobile devices. They like brands that contact them on mobile. They buy on mobile. These were not trends that emerged for the first time in 2020.

In particular, we saw a sharp uptick in ecommerce shopping as more purchases had to be made online due to concerns about in-store shopping during the pandemic.

If you compare ecommerce sales year over year for each of the first four months of the pandemic, you’ll see that ecommerce sales went up 49% in April, 78% in May, 76% in June, and 55% in July. One report claimed that COVID sped up ecommerce growth by five years!

Much of the ecommerce growth came specifically from mobile sales, as consumers spent nearly $200b from mobile devices alone in August of 2020. (At time of writing, we do not yet have final holiday sales numbers for the 2020 holiday shopping season. We will update this report as that data becomes available.)

To summarize what we have seen:

Likewise, texting is a better option for businesses. Whereas email open rates generally hover between 20 and 25%, text open rates range from 95 to 99%. The chart below shows a comparison of open rates/views between text messaging and other messaging channels.

It is for all these reasons that we believe that the state of SMS marketing has never been stronger than it is as we enter the new year.

There has never been a better time to start taking SMS more seriously as a communications channel with your prospects and customers.