View All Resources
How It WorksContact
contact@mobile-text-alerts.com531-739-8280
Sign up for freeBook a DemoLogin
Benefits of SMS messagingDrawbacksHow to use SMS at workTo summarize…

Benefits of SMS messagingDrawbacksHow to use SMS at workTo summarize…

Why SMS Messaging System is a Great Mode of Employee Communication

We wouldn’t blame you for thinking that the SMS, aka Short Message Service, was long gone from this world, replaced by a myriad of other apps and communication tools. However, this is the year that a 1985 hit song reappeared at the top of the charts, proving that old does not mean redundant.

Some things never really go away, whether they’re plastic objects floating in the great pacific garbage patch, or the Short Message Service still floating around on our phones. SMS messaging systems, as well as existing as an integral feature on phones around the globe, are even one of many call center features. That’s correct - call centers don’t only call people up and receive phone calls, they also send texts!

And SMS isn’t just a great messaging system because of its nostalgia value, along with things like the tape recorder or polaroid film. No, SMS messaging or text alert systems have other notably valuable aspects which we will cover in this article forthwith. 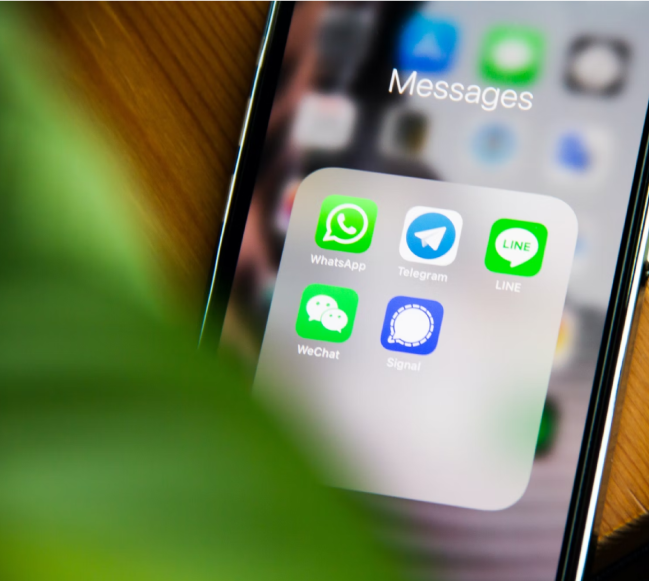 Let’s dive into some of the main benefits of SMS messaging in the workplace.

1. Everybody knows how to do it

Text messages are so commonplace, that everybody in your office would already know how to send and receive texts, so you would need, at most, minimal training, unlike with newfangled stuff like VoIP hosting software which requires at least a little training. It’s also a pretty cost-effective solution. So if time is money, a lot of money is saved by not needing to train people.

Both employees on the verge of retirement and people fresh out of college would know how to send a text. This familiarity also means that there shouldn’t be a ton of friction when implementing this as a form of communication. People use some form of text communication every day, whether it’s through Signal, WhatsApp, or some other app.

Is SMS messaging the great unifier? Have we just bridged the generational divide? If they want to give us a Nobel peace prize… we wouldn’t turn it down.

Sending SMS messages is a quick and easy way to reach people in real-time about your latest RFM analysis, wherever your colleagues happen to find themselves in the world. Unlike certain video conferencing software or email, you can send and receive text messages easily and at any time - no codes or passwords required.

A lot of SMS messaging systems also don’t require being connected to the internet, so if you run out of data on your phone, you should still be able to communicate via SMS with your colleagues. 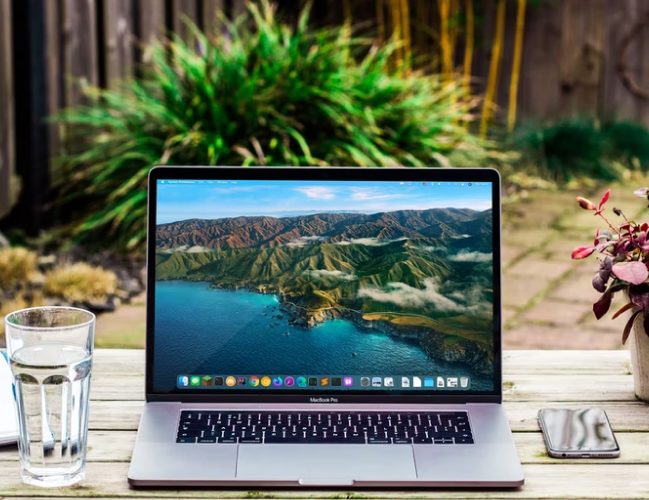 Text messaging apps can often be used both on computers and phones, allowing for flexibility. If your phone is dead, you can still use your laptop to catch up with everyone, and if you’re on the road and away from your laptop, you can still stay in touch with people via your phone.

The less intrusive nature of the SMS compared with video calls, for example, also adds to this versatility, and with the existence of voice recognition software, you can even dictate your message for speed or to keep your hands free.

While videoconferencing requires you to use your camera and microphone (usually), as well as be fully present with the person you are speaking with, and emailing usually requires some level of focus and thought about email structure, texts are generally more relaxed.

You can interact with SMS messages whenever you have a free moment, and they’re generally less formal than emails, so it’s easier to shoot off a quick message containing the latest workflow spreadsheet template when you have a free moment without having to worry about whether you should end with “Regards” or “Peace out." Your whole message can just consist of the core of whatever you need to say.

It’s also generally easy to read a whole SMS message in a glance, so it doesn’t interrupt the flow of your day too much.

While text solutions are great, that’s not to say there are no drawbacks. 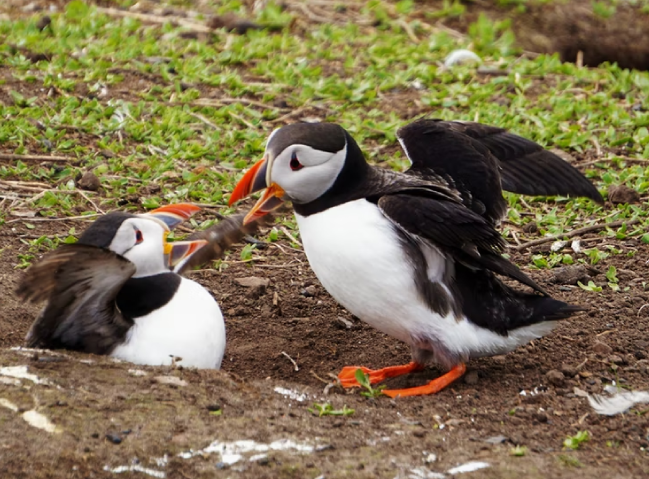 Short messages, while to the point and quick to read, can also sometimes lack some useful context. Most of us will be familiar with the sensation of agonizing over a message and trying to decipher the tone. Is this person mad at us? Are they just very direct? Maybe they come from a different cultural background?

Using emojis is one quick and simple way to add some context or soften an otherwise harsh sounding message, although some emojis are less clear than others, so perhaps opt for the ones with obvious meanings and steer clear of more ambiguous ones.

As well as the scope for miscommunication, it can also feel like a slightly impersonal way to communicate with your colleagues compared to the phone or video - after all, it’s a short text without much context or elaboration. People can’t see your facial expressions or hear your tone of voice.

Some people might argue the opposite, however, as a lot of folks are uncomfortable on the phone or on camera, and being able to write instead of talk offers more freedom of expression without feeling put on the spot. SMS also offers the opportunity to be more concise and clear with your communication instead of using lots of filler to pad your messages.

The fact that it’s a less formal method of communication than emails might feel more personal for some people as well - there are no ‘Best wishes’ and ‘in regards to your last email’ - but again, some people like those things.

This one is probably more down to individual preference, just like some people love talking on the phone and others avoid it at all costs.

The limit to text length can also be limiting in terms of what you can say, and you might have to send multiple texts to reply to your boss’s question “What is an outbound contact center?” On the flip side, it can force people to be more concise, direct, and to the point, which can create clearer communication.

Word limits are great for conciseness, and less great for flourishes and padding.

How to use SMS at work

So now that we’ve covered the main benefits and drawbacks of SMS messaging, we’ll look at ways you can use them in different work contexts. 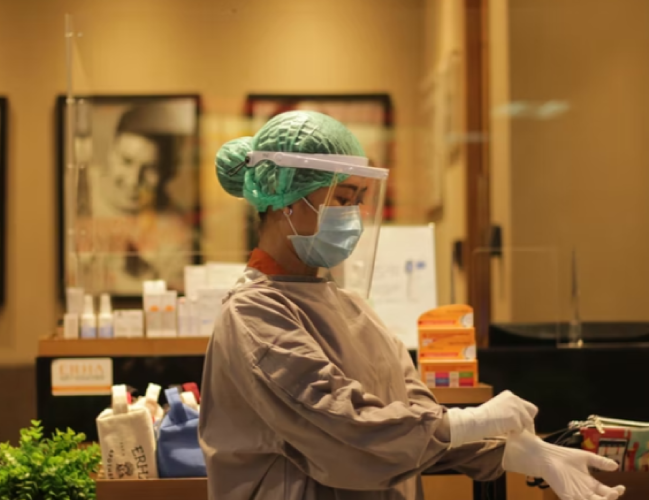 If you work in a workplace that has shifts, then it’s likely a rare event for employees to all be in the same place at the same time. It can be hard then to organize shifts where everyone is on board and feels included in the decision-making process.

SMS messaging means everyone can be alerted at the same time about shift-setting and have their say. It evens the playing field so that it isn’t just whoever’s currently on a shift who gets a say about the next week’s or month’s work schedule. You can also use SMS to communicate your interview scheduling process to potential employees.

Many people don’t work in the office at all. Think emergency workers, minimum wage care staff, truckers, nurses, engineers, and forestry experts. Often the only way to contact someone is by phone, and a less intrusive way of contacting people than calling them up is sending an SMS.

You don’t want to interrupt someone while they’re driving, installing new inventory management solutions, or scaling an old tree, so an SMS allows them to read and get back to you at their convenience.

Sometimes you need to communicate en masse and instantly with your colleagues. In the case of an emergency, a mass text can save you from having to call everybody one at a time, or organizing complicated call systems. It’s also much more likely that people will see your message quickly if it’s in the form of a text than if they get an email from you.

Some councils send texts to all phones in an area to warn about things like natural disasters, and there’s no reason why companies shouldn’t do the same with workplace emergencies. 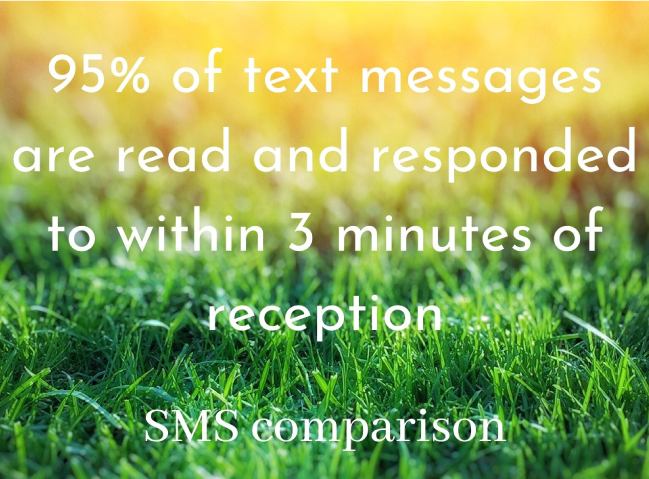 If you need everyone to be aware of a simple update, a text message can inform people relatively quickly and in a concise way. If time is of the essence, then this would be more appropriate than emailing.

If you are organizing a work event or an event for other people through your work, and you have a lot of people out of the office and on the ground, texting could be one of the simplest ways to reach everyone in the event of a last-minute change.

If there’s a big event happening, SMS can be a good way to remind everyone of the time and location of the event the night before.

SMS messaging systems are here to stay for the foreseeable future and play an important role in workplace communications. They’re less intrusive than phone calls, quicker and more concise than emails, and relatively quick and easy to implement at work. You can even set up smart replies to automate your texting.

Jessica Day is the Senior Director for Marketing Strategy at Dialpad, a modern business cloud-hosted phone systems that takes every kind of conversation to the next level—turning conversations into opportunities. Jessica is an expert in collaborating with multifunctional teams to execute and optimize marketing efforts, for both company and client campaigns. Jessica Day also published articles for domains such as Kanbanize and AirDroid. Here is her LinkedIn. 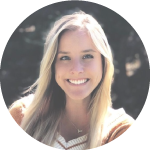